This semester University SSST hosted another Erasmus + academic exchange from the Friedrich-Alexander-Universität Erlangen-Nürnberg (FAU), and that was Prof. Dr. Lars Nowak who lectured at the Sarajevo Film Academy (SFA).

Prof. Dr. Lars Nowak is a German media scholar specializing in film, photography and other visual media as well as connections between media history and the history of the sciences. He is currently a Lecturer in Media Studies at the Institute of Theater and Media Studies of Friedrich-Alexander-Universität Erlangen-Nürnberg and a Visiting Professor for Film Studies at the Institute of Theater Studies of Freie Universität Berlin. He received his doctorate in Media Studies from Bauhaus-Universität Weimar for a thesis on the cinematic work of Tod Browning and its connections to early film and the historical freak show. Nowak was a postdoctoral researcher at the Universität Trier from 2009-2011 and a Junior Professor for Media Studies at the Friedrich-Alexander-Universität Erlangen-Nürnberg from 2011-2018. From 2011-2015, he headed the research project Die Wissensräume der ballistischen Photo- und Kinematographie, 1860-1960 funded by the Deutsche Forschungsgemeinschaft.

The guest lecture offered an introduction to the analysis of cinematic genres, which still give important orientation to the production and reception of films. As an example, the classical Hollywood musical of the 1920s to 50s allowed not only to cover many general aspects of genre theory. Rather, the musical is also characterized by a particularly large wealth of cinematic means of expression, including song and dance, played a key role in the introduction of sound film and, despite the frequently raised accusation of escapism, is closely related to important social problems, such as those of sexual and ethnic difference. For these reasons, it was possible to awaken the students' interest in a genre about which they had known very little before.

In the words of Prof. Dr. Nowak, the Erasmus+ programme offers scholars a comparatively uncomplicated opportunity to get to know foreign universities and thus expand their international experience in the field of teaching. In the case of SFA, it also enabled the professor to teach for the first time in a practically oriented degree programme.

We thank our guest from FAU for his time at SSST! 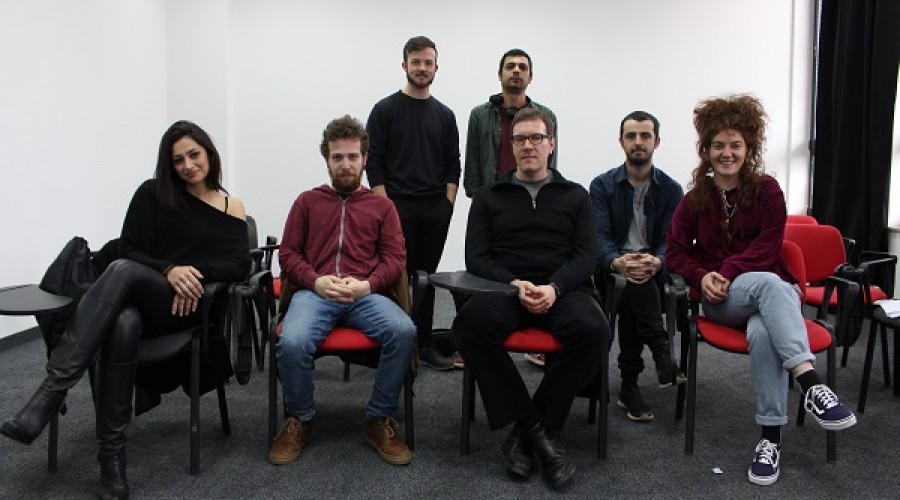