Its work and effort go in the direction of connecting SSST medical students with medical students and student organizations from other universities. MEDICA is currently creating partnerships with local student associations, but they intend to go towards international partnerships in their further development.

On Tuesday, December 29, 2015, MEDICA held its founding meeting which was attended by a significant number of students. The logo and the statute were adopted at the meeting and the administration of the Association was elected. The President of the Assembly, Nedim Maltez, informed students about the Association’s plans and programme. Affan Aljić was elected President of the Association, Zulejha Omerbašić Vice President and Zerina Zajimović was elected Secretary. The Executive Board was also elected and it is made up of six sophomore students and four first-year students of the Sarajevo Medical School. The founding of this Association was supported by the academic staff and the University Management.

MEDICA also plans to do charity work in order to help the less fortunate. As the first activity of that kind, its members have visited the Institute for Children and Youth with Mental Disabilities in Pazarić.

Members of MEDICA have actively participated in the organization of the SSST Winter Academy that took place in January 2016 at the SSST University.

Members of MEDICA have already attended a few congresses, such as “MediCon 2015” in Tuzla and “SaMED 2016” in Sarajevo.

“Our organization will try to bring local and international students closer to our students in order to form not only professional relationships, but friendships as well.”

“We intend to participate at congresses and research conferences in order to learn from experts and to present our early research. We also plan participate in sports events such as “Humanijada”."

Nedim Maltez, President of the Assembly

“I believe that not only the Association will bring closer those who study together, but each of them will individually benefit out of it. Therefore, I strongly recommend everybody to join and take part in our activities.” 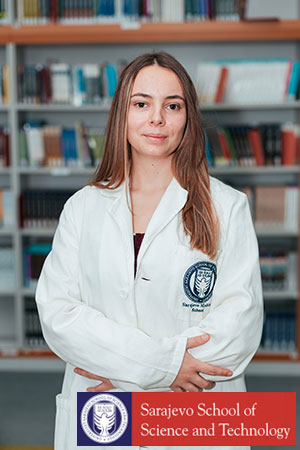 You can also visit them in MEDICA office in room S124 at the SSST University.